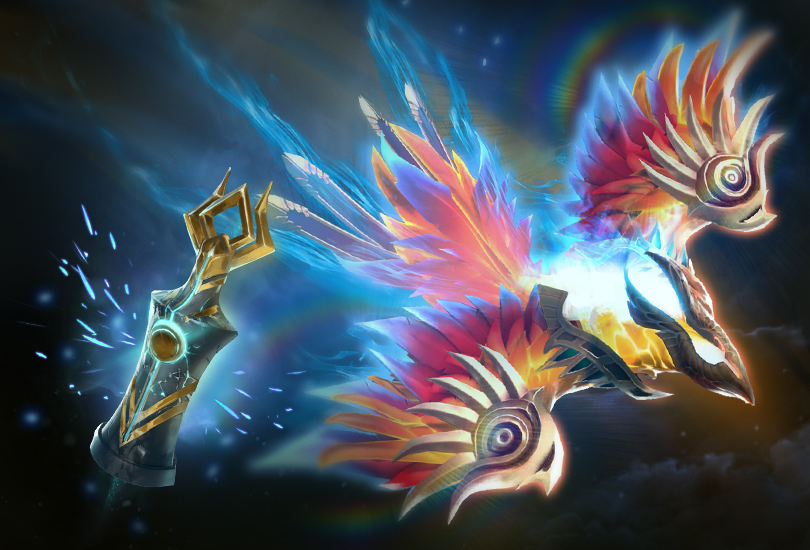 In addition to these items, each of these treasures you open also offers increasing odds of receiving a rare reward of 50 Battle Pass levels, a very rare Golden version of the Pugna item, or the ultra rare Phoenix Wings. As always, there is a cosmically rare chance you’ll discover a Divine Emblem.

The Battle Pass will be extended for 3 more weeks, until October 9th, with the results of the Arcana vote revealed at that time (hint: it’s a purple melee carry that can cross distances with ease). During this final stretch, each Battle Pass owner can purchase up to two bundles of 60 levels at a 30% discount.

Head over to the Battle Pass page for a preview of the new items and custom effects featured in the treasure. 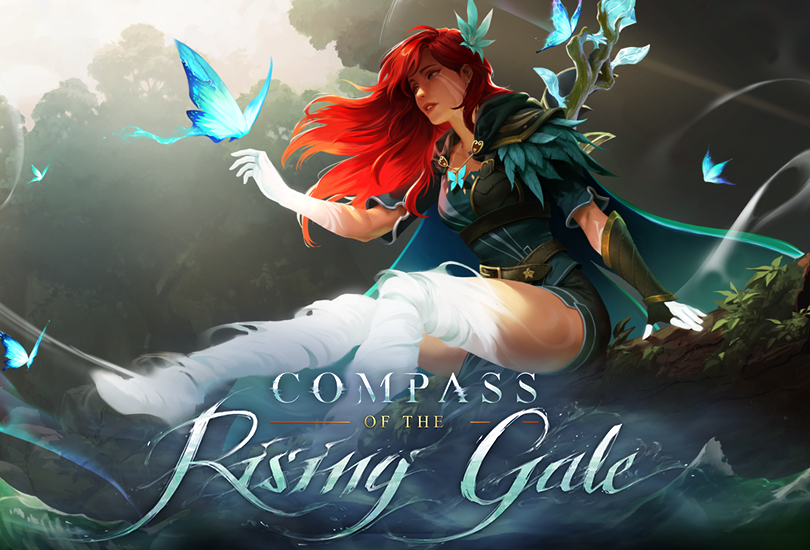 Not even Lyralei herself understood the true extent of her connection with the guardian wind. With no knowledge of her forebears, or memory of her first days, she could but listen for the truth in the whispers of sun-dappled trees around her, or the howling storms that keep even daylight at bay. But as she grew, and her strange connection with the guardian wind became ever stronger, an unease about her origins began to take hold. Unleash the power of the wind with the all-new Compass of the Rising Gale Arcana bundle, available now in The International 10 Battle Pass.

This Arcana bundle includes a new model and base items, new animations, a custom channel bar and Focus Fire damage counter, ambient wind effects for both styles, additions to base and Immortal effects for her abilities, new death effects for both Windranger and enemy heroes she takes down, and over 500 new Arcana-exclusive voice lines. Rack up damage on targets you kill using Focus Fire to unlock the Reflections of the Gale alternate style.

Learn more at the Compass of the Rising Gale update page.

We’ve heard a lot of complaints recently about the state of DPC and we agree that there is more that we should do. We wanted to use this blog to walk you through what happened before, what our thoughts were, and what we will do going forward.

Once the extent of the Covid-19 pandemic became clear, we posted about our plans to delay The International and started pre-booking arenas for various alternative dates and countries around the world. We then began researching how to execute The International based on how different pandemic scenarios could play out, with the hope that we’d be able to host it as soon as possible. Since the spring DPC events could no longer operate anymore, we started reaching out to the organizers to see what they wanted to do going forward. Some of those organizers shared their desires to run third party events to cover the period from March through the end of the summer.

As we approached the middle of the summer, the volatility of the pandemic had grown significantly and we became very concerned about the impact it would have on future DPC events and The International. The global situation meant that cross regional play would be unlikely for a period of time, and we have since seen scenarios globally in other competitions where teams from certain countries had to be excluded after qualifying due to abrupt travel restrictions and complications. While we had already assumed that having a crowd for the DPC events was not in the cards, we wanted to at least have confidence in being able to bring all teams together for cross region competition. We felt that was a very important component of how we allocate DPC points for The International. We were also unsure of when The International itself would happen, and given the significant lead time needed, the increased spread of the virus made it harder to model out a time frame with confidence. The potential for the DPC season and its narrative feeling too detached from the path towards The International was negative for us. Doing that would also necessitate a DPC point decay system, which in and of itself isn’t a bad thing, but having to abruptly introduce decay mid season if the landscape changes has some additional downsides. Furthermore, we had also received some feedback from a couple of organizers that were either worried about the quality of the broadcast being lower or reluctant to want to operate DPC events in the fall altogether. While neither the cross-region competition nor the relative distance to The International are absolute requirements, we felt the DPC as both a function of The International and also as a coherent product for fans would be better served by holding off on them for now. Given that, our plan was that we’d make the upcoming months open and clear for other leagues and events to operate. Our approach historically has been to want third party tournaments to be able to exist outside of The International (though the degree of that has been fluid over the years as demands from fans and players for more structured circuits to lead to TI increased). Our hope was that we could both achieve a better and more coherent relationship between DPC and TI by approaching it this way as well as still allowing for third party events to have an impact, with the overall end result for fans still being that there would be entertaining content to watch in the fall.

Soon after we announced that we were not immediately proceeding with DPC as planned, we received a lot of negative feedback from fans. We think that a lot of the points that were raised were reasonable criticisms towards us, especially because we did not communicate what our intentions were, and what they could expect in the future.

For this upcoming competitive season, there are going to be at least four third party events and leagues in EU/CIS events, three in China, and a few others that are still in the preliminary planning stages and are not able to commit at this time. However, there are still going to be a lot of teams, casters, organizers and fans around the world that are not going to be meaningfully served based on the current trajectory and that is our fault for not pushing on those and supporting them enough.

With that in mind, we’ve started reaching out to many more tournament organizers to offer help and financial support in order to be able to create increased coverage globally for the remainder of the year. We expect that these events will be gradually announced over the remaining season as soon as they are ready to communicate to fans and teams.

Another piece of feedback we got from players as well as fans was wanting more clarity in what we were thinking were the likely dates for DPC and TI to resume. Our outlook right now is that we are anticipating the start of DPC to be in the first month or two of 2021. Our hope is that by the time the first DPC league concludes, travel limitations will be more predictable and spontaneous restrictions will be less likely, thus allowing for Majors with cross-region competition to happen. We are also operating under the assumption that the most likely outcome is for The International to happen in Stockholm in August 2021. While we have other countries as backups, we recognize that fans would be upset if we moved it to another location if the time savings weren’t meaningful enough.

We’ve also heard your feedback and concerns around Dota TV streaming rights. This has been a topic we’ve discussed openly in the past and, as we gathered more data, our thoughts have evolved slightly. We ultimately still believe that community streamers providing their own commentary of a tournament is a net positive value to fans and the competitive scene. We also believe that in the long term, the tournament themselves benefit from additional exposure to fans of those community streamers. However, it is true that this can cause a short term loss of revenue as well as a reduced ability to monetize more effectively for tournament organizers. Starting September 15, the Dota license will be updated to reflect the following: Organizers that run Dota 2 Tournaments will have to provide community streamers with a reasonable and simple to execute set of non-monetary requirements, such as displaying the organizers sponsors on their streams or having a slight delay on the games. Community streamers will be able to use the DotaTV feed in their broadcast as long as they agree to those requirements. We believe this will provide more certainty and confidence to community streamers to be able to cast without a lot of turmoil, while at the same time protecting some key interests that tournament organizers have. To avoid possible last minute issues, we would advise casters that want to stream a tournament, to coordinate with the organizer in advance to ensure they are able to fulfill the requirements presented. Tournament organizers and relevant parties that have questions, feel free to reach out to us at [email protected] 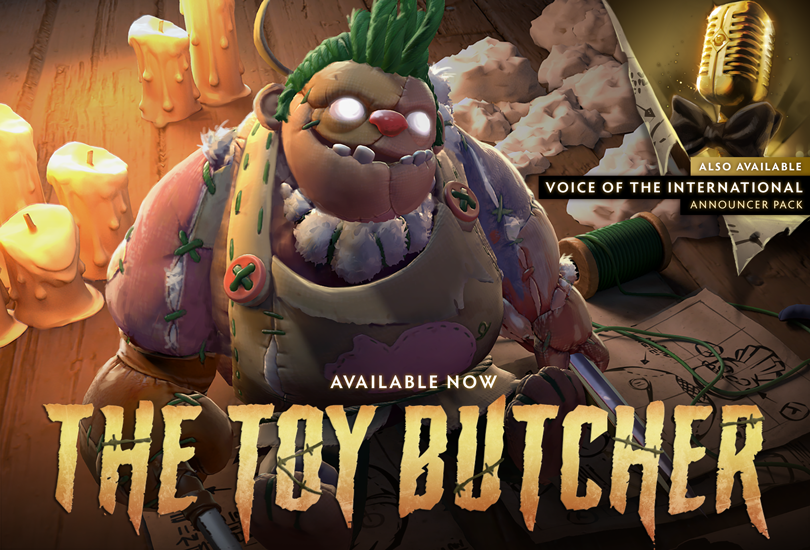 From deep inside the toy box, a frightening plaything joins the fray. Available now to all Battle Pass owners who reach level 255, the new Toy Butcher Persona for Pudge features an all-new model, animations, and voice performance.

Feared amongst the fluff-stuffed denizens of the toy box, The Toy Butcher stalks the corners and shadows of the bin, always on the hunt for his next kill. Every toy knows that once the butcher gets his hook in you, your stuffing and your life are forfeit – like as not to be left strewn about the lanes as the plushy monster jaunts happily away from your lonely, ragged remains.

Claim the new persona now in your Battle Pass and don’t forget to pick up the Voice of The International Announcer Pack on your way, available to all Battle Pass Owners at level 75 and above, to herald your next victory. 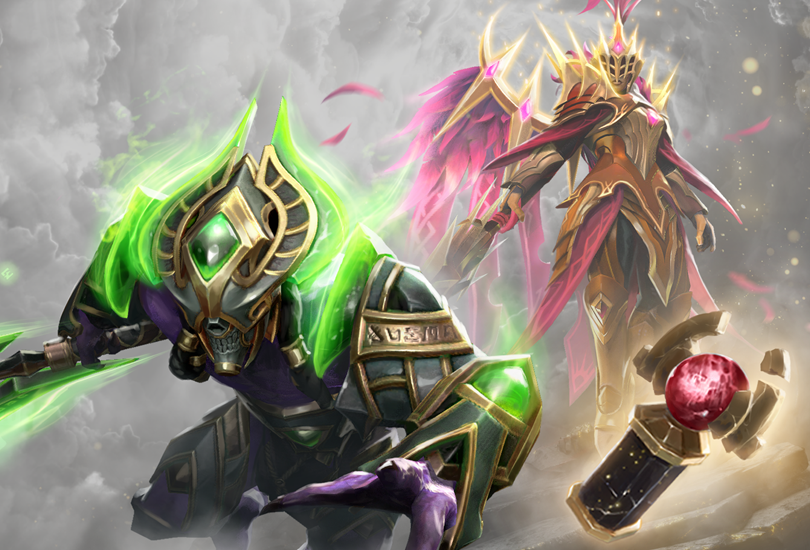 The International 10 Collector’s Cache is back with a second helping of items from the Dota 2 workshop, featuring full sets for a wide variety of favorite heroes—including a Rare set for Templar Assassin, a Very Rare set for Faceless Void, and an Ultra Rare set for Legion Commander.

Available now for $2.49, unboxing 14 of these treasures will automatically grant you 34 Battle Levels, and the odds of receiving a bonus rare item increase with each one you open. You can also recycle any unwanted sets for two Battle Levels.

Volume II of the Collector’s Cache will only be available for the next thirty days and is the only way to receive these exclusive item sets, apart from the Ultra Rare Legion Commander set which will be marketable sometime after The International 11 concludes. As before, 25% of each sale contributes directly to The International 10 prize pool.

Once again, we’d like to thank all of the community artists who tendered submissions to the Dota 2 Workshop, as well as the entire Battle Pass community for your support. 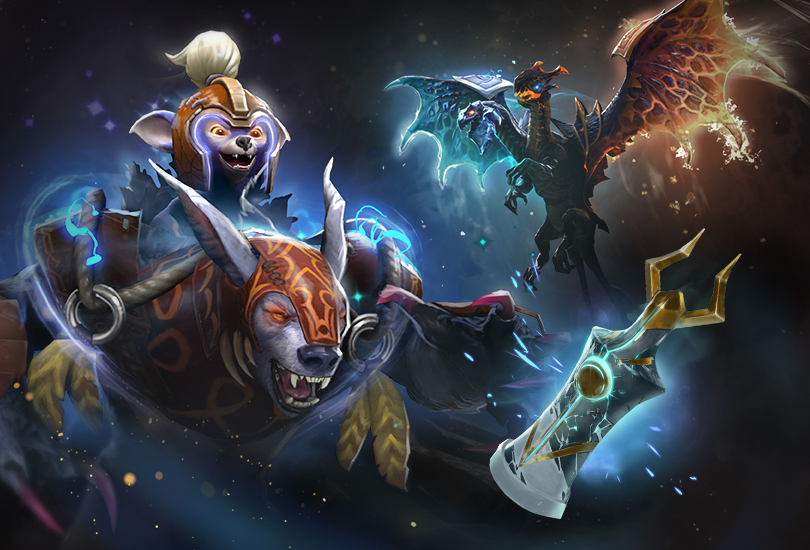 In addition to these items, each of these treasures you open also offers increasing odds of receiving a rare set of wings for Jakiro, a very rare Golden version of the Slardar or Witch Doctor items, or an ultra rare Ursa cub carrier. There’s even a cosmically rare chance you’ll discover a Divine Emblem.

All Battle Pass owners can find an Immortal Treasure II ready to unbox in the Armory, and you can earn more treasures by increasing your Battle Level. In the meantime, head over to the Battle Pass page for a preview of the new items and custom effects featured in the treasure.