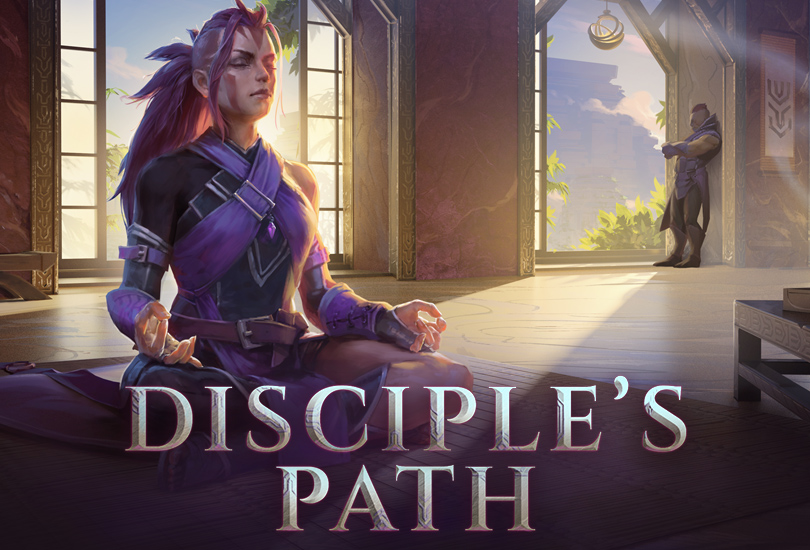 From the ashes of a fallen faith, a young warrior joins the fight against the perversions of the arcane. Available now to all Battle Pass owners who reach level 305, the new Disciple’s Path Hero Persona for Anti-Mage features an all-new model, animations, and voice performance to ensure she can carry on the lost traditions resurrected by the Anti-Mage.

Rescued at a young age by the Anti-Mage, and fostered by his allies, the disciple Wei began her training as soon as her mentor would allow. Now, after years of study and meditation, Wei is called upon to journey into the world and wage battle by the tenets of a new order—to tear down the pillars of magic and bring the wizards of these realms to their vile knees.

Head over to The Disciple’s Path update page to learn more, and then blink into the lanes to farm up and lay waste to your enemies.