Matchmaking Update for the Next Ranked Season 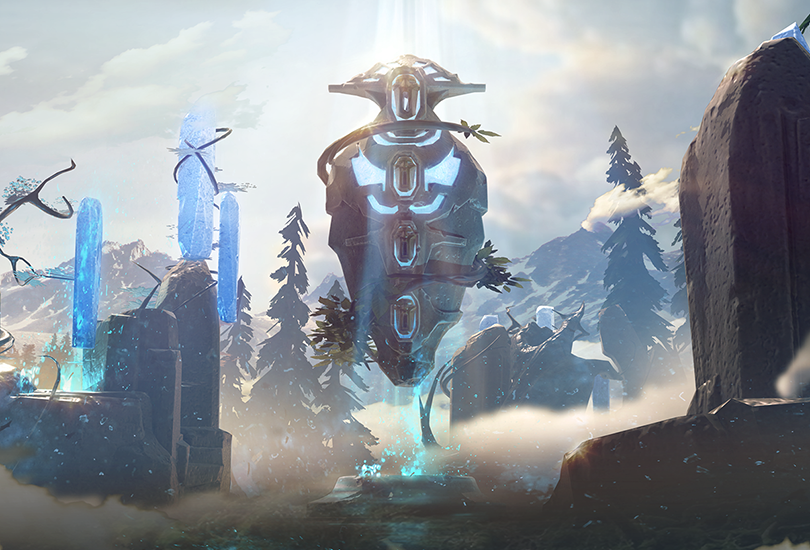 The new Ranked season is here. Today’s blog will go over the changes we are doing as well as areas we are still thinking about. The changes in this update will be rolled out gradually over the next two days as we iron out bugs. The calibration part of the new season will begin this Thursday.

One big observation that we had since the previous update was that matches with misaligned roles had a meaningful impact on game quality. An example of this is when the mid player for one team has the highest rank on their team, and the mid player on the other team has the lowest rank. This tended to cause games to be really volatile and not enjoyable. In the past we used to prioritize rank spread between the two teams as one of the main criteria for the matchmaker to judge success, however as part of this update we are changing its priorities. It will now put a big emphasis on making sure that the roles are more symmetric rather than other criteria. This will also be something we will continue to tweak and iterate on over the coming weeks to make sure the algorithm’s search structure is correctly tuned and optimized for this.

To help ensure everyone plays the role they queued for, this update includes a role report function during the drafting and beginning minutes of the game. Starting with today’s update, using this information along with some other detection mechanisms, we will be much more aggressive in punishing players who abuse the system.

Some baseline dota skills and knowledge are shared between the Support and Core roles. So having the two numbers be entirely separated didn’t seem like a good idea to us, as we’d be losing valuable information about the player as well as promoting some warped incentives when you play your least used roles. As such, when you win or lose a game queued as one type of role, we’ll also update the MMR of the other type by a percentage of that game’s gains or losses. We’ll be tweaking that ratio over time as we figure out the best balance.

This update includes a few different ban waves for bad actors. The first ban wave is to players with exceptionally low behavior scores. We will continue to do regular ban waves for users who fall into this small percentage of the community. Users that reach this low level of behavior in the game are too big of a tax on the rest of the community and are not wanted. The second case where users will be banned today is for anyone detected of violating the Steam Service Agreement that prevents the purchase or sale of Steam accounts. Buying accounts to get a higher or lower rank is not allowed and causes negative side effects for the play experience of others. This doesn’t catch all account sales that happen, but we think we have caught enough to take some action. We are also banning players who’ve been detected using exploits to gain an advantage over other players. In the coming weeks, we will be refining the detection algorithms for these abusive behaviors and will begin issuing weekly bans that will go into effect without advance notice to violating accounts. Accounts that we ban will now also have the associated phone number permanently blacklisted from being able to have access to ranked matchmaking.

We recognize that recently there has been an increase in smurf accounts. We share the sentiments the community has expressed on this issue and we consider it a high priority for us to solve as well. There isn’t a single solution that can address this issue easily, but we hope that a combination of multiple different changes over time will reduce the negative impacts and frequency of it.

The first change in this area is the usage of phone number verification. We’ve found a loophole that allowed a large number of users to play ranked without a unique phone number attached. We have fixed this bug and any user that does not have their account set up correctly will be prevented from queuing until it is resolved. This will also affect accounts that have been actively playing in ranked matchmaking, rather than just new accounts going forward.

We are also changing the mechanism to grant Ranked access. Rather than a fixed number of games, we are changing the metric to be a time based one and increased that amount to 100 hours of playtime. Any users that already have access to ranked without meeting this requirement will be removed from ranked until they’ve played enough time.

Our general approach to Smurfs is to try to get accounts that are performing higher than expected to their correct rank faster. The first change on this axis is to adjust MMR by more than just +/- 25 when we detect that a user has been clearly over performing (based on how the played heroes usually perform at a given rank). This will be an ongoing process as we get better at detecting this, but from the data analysis we’ve done so far, we think we can make some progress using this. This change will be silent for a few days as we verify the detection mechanism is working as intended, and will be enabled once that is verified. The other change we are making is how we calibrate the initial ranked MMR for new accounts entering ranked. Leveraging the new hours played gate we are adding for ranked access, we will be using your account’s historical performance more aggressively to place you into a more accurate initial rank. In the past we introduced a really low cap on initial rank, we think that was a mistake on our part, because it caused smurfs to unnecessarily impact a large volume of games before arriving at a closer-to-accurate rank.

Moving forward, we will be spending more time on live detection of smurfing and boosting behaviors. This will hopefully allow us to put detected accounts into an aggressive recalibration, resulting in a much quicker adjustment to an accurate MMR while reducing the number of games that are ruined in the process. In addition to this aggressive recalibration, we’ll also be detecting and banning accounts for egregious boosting or exploiting of game mechanics.

To help reduce role confusion when queuing as a party, we’ve added a detailed popup for times when your party’s selected roles are incompatible, such as when two players have only selected the same role.

While this update is banning extremely low behavior score players, we’ve also increased the number of commends available for each player so you can recognize good behavior in your games as well.

There are a few other general changes that we are not sure are needed yet or haven’t been able to address yet, but are on our radar. We thought it might be a good idea to supplement this blog with information in the hope that community conversation about it can be helpful.

– High MMR games: While we have some changes here that directly and indirectly improve matchmaking quality for the extremely high end bracket, we will be closely monitoring this to see if other changes are needed.

– Hard Support: For certain MMR brackets, queue times and game quality would be meaningfully improved if there were a bigger percentage of players queuing for Hard Support. Many of the subpar matches we’ve found were a result of there not being enough players queuing for this role. We are exploring to see if any solutions can be effective for incentivising this. We also know that it is more common that you’ll get Hard Support if you queue for all the roles, and we’d like that to eventually not be the case.

– Role queue abuse: As mentioned above, we’ll be much more aggressive in punishing players who don’t play the role they’ve queued for. If we find that role abuse persists despite these efforts, we’ll consider implementing role-specific bans that prevent a user from queuing for the abused role in future matchmaking games after they’ve left low priority. Our hope is that implementing such measures will be unnecessary as the results of our other changes.

– Smurfs: Dota 2 being a free-to-play game introduces various matchmaking related challenges. One option we have thought about is having Ranked access have a one time entry cost, and that access can be lost for players who regularly ruin games. We may also grandfather in users that we have enough data on, but we haven’t gone too deep in assessing the details here. We aren’t sure if we need this as a solution yet either, we hope that other solutions can have a good effect at improving the matchmaking ecosystem.

In terms of our development focus moving forward, we are spending more of our time than usual focusing on matchmaking quality. We believe that is the right call given how much opportunity there is to make the day-to-day experience better for all players. We look forward to seeing your feedback on this update, and to continue to hear feedback in the following weeks for how to improve matchmaking.