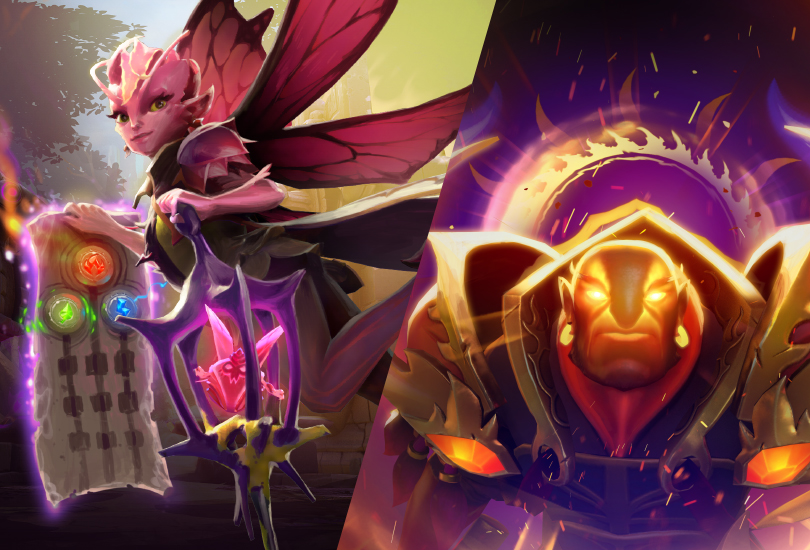 Deep in the jungles of Fellstrath, the ruins of an ancient civilization lie hidden beneath tangled canopy and creeping vine. In today’s update, all Battle Pass owners can choose to queue up to face the Wrath of the Mo’rokai, as two ancient guardians rise from slumber to wreak havoc on the age-old battle of the Ancients.

To join the battle at full strength, the Mo’rokai require tributes of essence that will help them reclaim dormant abilities and greatly aid those who fight by their sides. Players can gather essence from slain enemies and other caches around the Dota map to guide which arcane powers the Mo’rokai develop. When the Mo’rokai march into the lanes, choose your strategy wisely to make the most of your new ally. The Mo’rokai are powerful, but even they are emboldened with friendly heroes nearby.

Work together with your Mo’rokai to destroy the enemy Ancient and you’ll earn 250 Battle Points for each victory, up to a weekly total of 2000 points. You’ll also have the chance to unearth special Battle Point bonus bundles throughout the game to split with your team. Each week will offer one chance to win with a Battle Point bonus active that will net you 1000 points for the victory. Your weekly point total and number of bonus games will increase as you raise your Battle Level—reaching level 150 will bestow a 3000 point cap with two weekly bonus games and level 252 will increase the total to 4000 points with three weekly bonus games.

All of your Battle Pass features are active while playing Wrath of the Mo’rokai, so don’t hesitate to take a Jungle Expedition or Daily Challenge hero into battle or sound off to friends and enemies with your favorite chat wheel lines.

In addition, each of these treasures that you open also offers increasing odds of receiving a rare demonic mane for Lion, a very rare Golden version of the Luna or Timbersaw items, or an ultra rare celestial mantle for Ember Spirit. There’s also the cosmically rare chance to discover the Overgrown Emblem custom hero effect.

All Battle Pass owners can find an Immortal Treasure II ready to unbox in the Armory, and you can earn more treasures by increasing your Battle Level. Check out a preview of the new items and custom effects from today’s treasure over on the Battle Pass page.

To help players enjoy more time in the jungles of Fellstrath on the hunt to earn ever more treasure, we’ll be extending this year’s Battle Pass features for two additional weeks after the conclusion of The International Grand Finals.