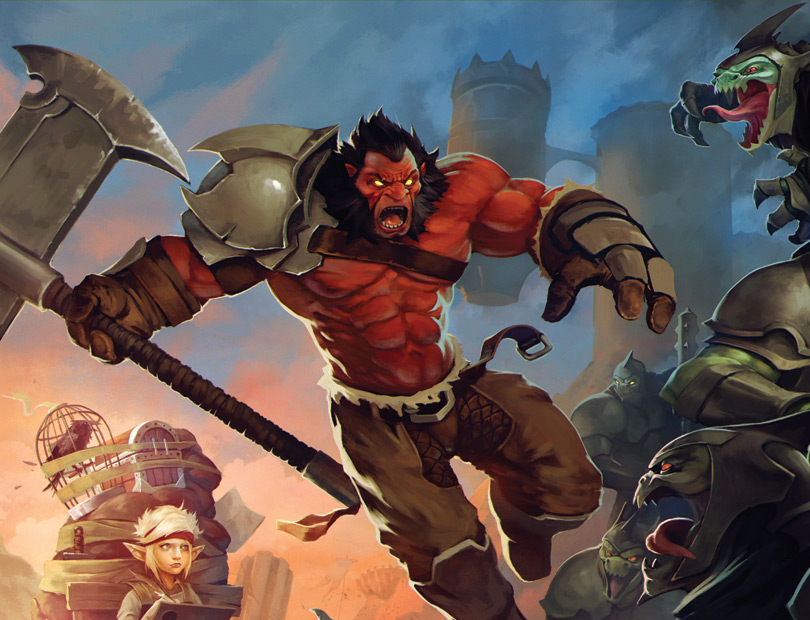 He’s big. He’s red. He’s got an Axe. Also his name’s Axe. His hobbies? Most of them involve axes and the act of axing things with an axe. Plus he’s now in his very own sixty-page comic. Is an axe involved somehow? Will Axe use it? Is Luke Skywalker a villain now? Is that why he’s not in the trailers? Get the answers to all but those last two questions in The Last Castle Axe Comic. Along with the comic, all owners of The International 2015 Compendium will receive the Axe Immortal item today with the added bonus of a Soaring Cache treasure.

Also be sure to check out some of the Dota community’s Dota-inspired Saxxy contest shorts, Together We Stand and A Game of Roles.