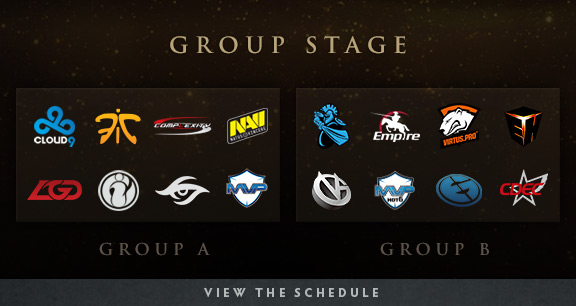 The Wild Cards have ended, and the Group Stage starts soon. From Monday, July 27th through Thursday, July 30th, and starting at 9am PDT each day, two groups of eight teams will fight to determine their seeding for the Main Event of The International. Each game will be a set of two matches. At the end of Group Stage, the top four teams from each group will advance to the Upper Bracket of the Main Event, while the bottom four teams will go on to the Lower Bracket.

During Group Stage, three matches will be played simultaneously. You’ll be able to watch all the action at The International website, with the Primary Stream covering games in Series A, while also providing updates on the other games between matches.