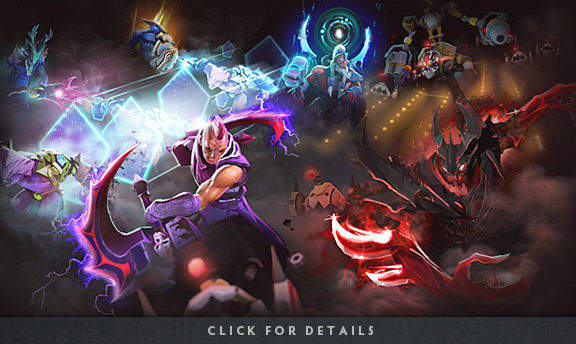 Head over to the Compendium site to see everything in action.

Meanwhile, you may have noticed that we’ve rolled out a special drop system for The International matches, including the Qualifiers. Major events in a match where we would have previously dropped a normal item will now drop an effigy featuring the triumphant hero, or a random team member in the case of a group accomplishment. The effigies will be built from a random material (including the rare Solid Gold material), and will come ready to be posed using the preset hero and equipped items the player was using at the time.