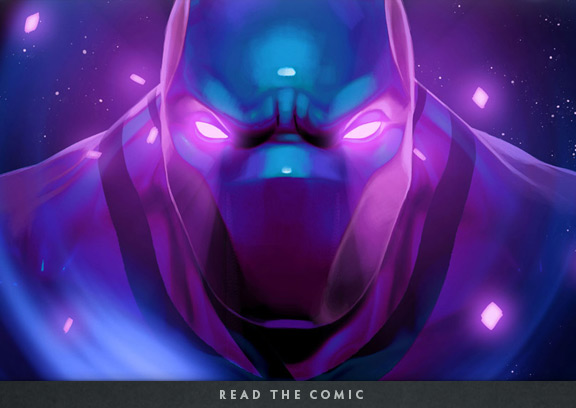 To celebrate today’s release of the World Chasm Artifact we’ve put together a comic about Enigma and his new bracers.

Today we’re also releasing a handful of other stretch goal rewards including a HUD skin, Loading Screens, Emoticons and the Arcana Vote.