What does a hero truly need? Now you can find out with Hero Builds. 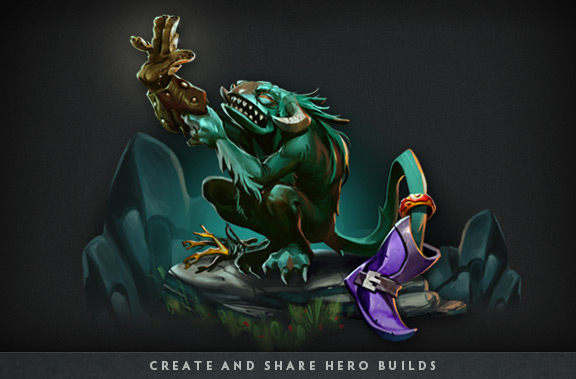 Dota 2 has a vast number of heroes to choose from, and we’re adding more all the time. Player-written guides are a great way to learn more about these heroes, but that’s a lot of information to keep in your head in the heat of battle. That’s why we’re introducing Hero Builds: integrated guides that allow you to see which items to buy and which abilities to level (and when), all within Dota 2.

You can create builds for yourself, or you can publish them to the Steam Community to share them with others. Hero Builds can also be embedded into the great guides that players have already been writing on the Steam Community, meaning you’ll always have invaluable advice at your fingertips no matter which hero you’ve chosen.

To find and use Hero Builds while playing, open the “Hero Build Panel” from inside a game.

It has been two weeks since we released Team Matchmaking and one of the most requested features people have been asking for is the ability for players to be in multiple teams at the same time. There would be no point in mentioning that unless we just added that feature in, so there ya go. Starting today player’s will able to join up to 10 different teams, so feel free to make a team for when you want to be serious and another team when you just want to play 5 carries.