The Dota 2 Polycount Contest began on October 8th and officially ended this past Monday December 3rd. Over that two month period the Polycount modeling community submitted more than 1,000 entries to the Dota 2 Workshop. We aren’t exaggerating when we say that the sheer magnitude of high quality submissions has blown us away and that judging entries has been difficult because so many sets could have been winners. We have no doubt that a very large number (if not a large majority) of the sets contributed in the course of the contest will eventually be incorporated into the game. If your favorite entry didn’t win, don’t despair. There are enough great items here that we will see entries ship for the foreseeable future.

Incorporating feedback into a design is an important part of game development that a contest can’t easily capture. Many of the contest submissions demonstrate this challenge with items that are 95% of the way to excellence, but need a few rounds of adjustments to be true winners. Some common flaws we discovered while judging were:

Winners and losers can’t be judged by the Workshop presentation alone. Many of these flaws only became apparent when we examined the items closely in game, under real game lighting and motion. As a result, some of our picks may surprise you. When relevant we will describe the tough decisions we faced.

Moving forward, we want to create an open discussion with the community about the techniques that enhance items to top tier status. To the extent that we can help teach, we will. To the extent that we can improve our tools to make it easier to iterate, we will. Initially this may manifest as blog posts from the art team, but longer term we expect to see Workshop features aimed at making iteration easier and technical feedback more visible to the community.

We will announce 3 winners today, 3 Wednesday, 4 Thursday, with the grand winner being unveiled on Friday. Trying to rank the top ten sets in order isn’t our goal. They do not all succeed or fail in the same way. All winners will be available for purchase or as drops in next week’s update.

Our selection of winners, then, is about capturing the contest entries that we feel represent the highest quality on all possible dimensions. In order to recognize the broadest range of set designs, we chose to not select two winners for the same hero. This doesn’t mean these other sets won’t be sold in the Dota store or appear as drops in future updates. Expect to see more sets ship in January.

Let’s get on to the first set of winners. 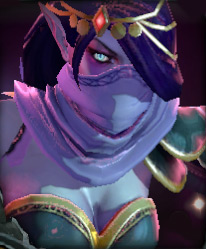 On the trail of a curious cipher which might decrypt an ancient codex of the Hidden Temple, Lanaya stumbled upon a cache of hidden garments in an arboretum sacred to the Three Shades. Three garments, wrapped in the petals of an enormous nightshade, on which were inscribed the names of those ethereal Shades that lent their attributes to each piece: madness, terror and death. Most would consider these poor qualities in their attire. But for Templar Assassin, donning the Deadly Nightshade is an accelerant to wisdom.

Our first winner is a solid entry in every way. The modeling execution is excellent. Detail is used to add appealing flavor to the portrait. The design pushes Templar Assassin in a distinct direction that maintains her identity while telling a new story. The hero is readable at a glance, with large areas of color and contrast providing a sense of shape to the character.

This set was in close contention with the Shadow of the Thief-Scholar by Plant which we love and intend to ship. Ultimately we felt the Deadly Nightshade set took more risks that paid off. 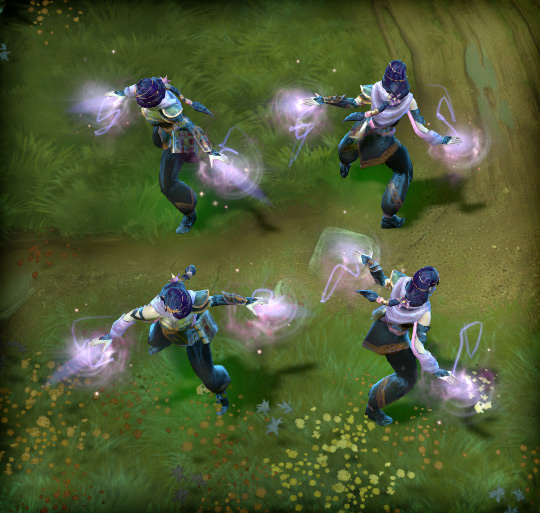 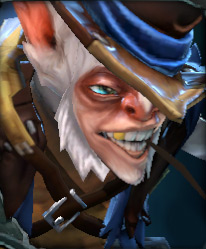 Trinkets and tall tales are just a few of the ways a drifter can make a living out in Riftshadow, but there’s a lot more in the waste if you know how to look, and where. You’ll want a guide and someone who knows their way in a fight; that should let you scratch the surface and take in some history. Getting rich from the ruins though, that’s another matter. If you want to learn Riftshadow’s darkest secrets, you better tip well and know how to keep your mouth shut.

There’s very little criticism we can level against this set. Squid has captured Meepo’s personality and exaggerated it without going over the top. Here is a well farmed Meepo, spending his gold on the fanciest gear Riftshadow has to offer. The execution is top tier, with excellent work on the modeling, texturing, color choices, and use of detail. This is a very detailed set that reads clean in game at normal game distance. For us, the set was a contender for the grand prize winner. Great job, Squid. 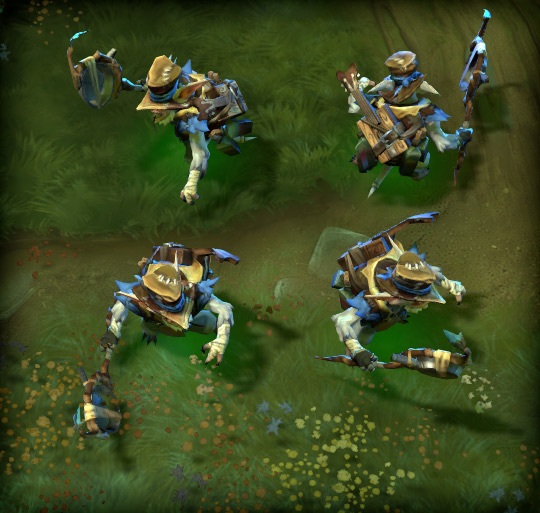 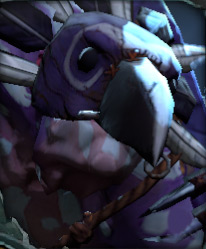 In hushed tones, legends have long been whispered of the near-mythical stormcrows.

Enormous, powerful and reclusive, these strange, scarce birds range across the highest peaks of the Prefect mountains, hidden from the world by a constant bank of dark cloud. Their rare sighting are ill omens, said to portend storms soon to follow.

Legends also tell of those who have dared try to harness the power of these creatures for themselves. For the only way to return after stealing one of their eggs – a potent source of power – is to wrestle control of a stormcrow and ride it down to the ground, miles below.

Stormcrow’s Spirit by Farfarer excels in design and execution. Here is a completely new identity and story for the Witch Doctor thoughtfully captured in every detail. We’re particularly fond of the giant crow egg in sling and the wicked crow-bone divination staff. If we had any suggestion for the set it would be to enhance the contrast among the feathers on the back, but this is a minor observation. We may also make an adjustment to the lighting and camera angle in the portrait to draw more attention to the wicked mask (something workshop contributors currently can’t do, but hopefully will be able to do soon). 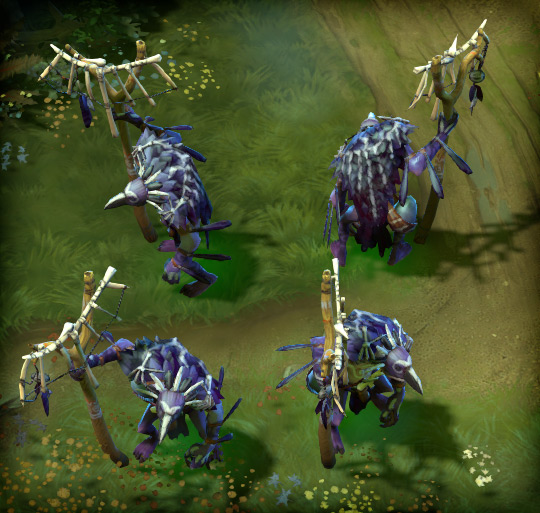 Remember to check back tomorrow for another set of winners!