Day three of the Polycount Contest winners announcements begins. We won’t spend a lot of time on introductions as we know you want to get back to maniacally murdering trees with the newly introduced hero Timbersaw. 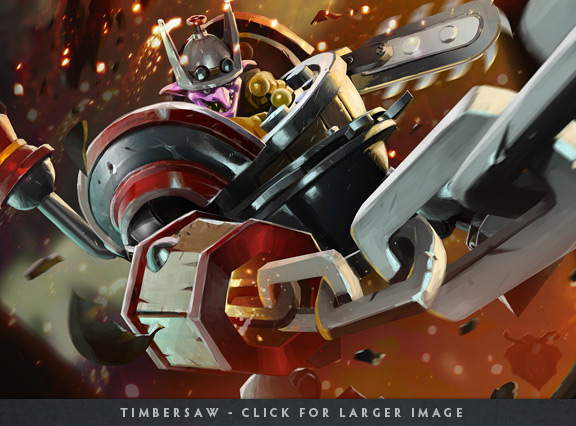 That guy is clearly compensating for something.

Now on to our distinguished winners! Coming in as winner number seven we have… 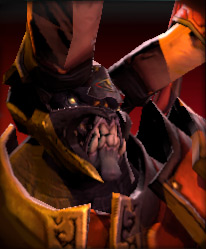 He that burns and is not consumed now walks the battlefied, shielded by the ancient promise of the Eleven Curses. Eleven Eyes, eleven seals, eleven curses. All to insure victory in even the worst of battles.

Doom Bringer picked up several great entries during the contest. Jeremy Klein’s Impending Transgressions and Jacque Choi’s Apocalyptic Raiments are examples of two sets with potential to go all the way. Ultimately we chose Bisho Bola’s Eleven Curses as one of the top entries to emerge from the contest.

THAT SWORD…that sword is pure metal. If King Diamond were battling Satan for the throne of hell this would be the sword he’d use to do the deed. The blade is anchored with interesting detail that reads well in game, from the weighted disc embedded at the end to the wicked hooks that lead into the hilt. Bisho Bola uses darker tones to break up the armor which pushes the design away from Doom’s default appearance. Small details picked out in red help unify the set, like the back of Doom’s helm and the armored tail tip. Doom’s belt buckle bulges a bit giving him the appearance of having a bit of a gut. We aren’t sure if this is intentional, but we like the way it adds an extra touch of heft to this massive hero. The set has a lot of detail that reads well at a distance. The horn tips and eye sigils on the helm and shoulders glow and stand out at night adding additional interest.

There are a few adjustments we might make to this set, but they’re really minor. The transition from bright to dark is abrupt in a couple of places along the wings. We might also tone down the detail at the hips to make the shoulders pop out a bit more. We’d also adjust the light location in the portrait so the horns don’t cast so heavy a shadow over Doom’s face. We may also tone the fire particles down a bit on the blade so the sword’s detail is more visible. Overall, this is an impressive and fun entry. 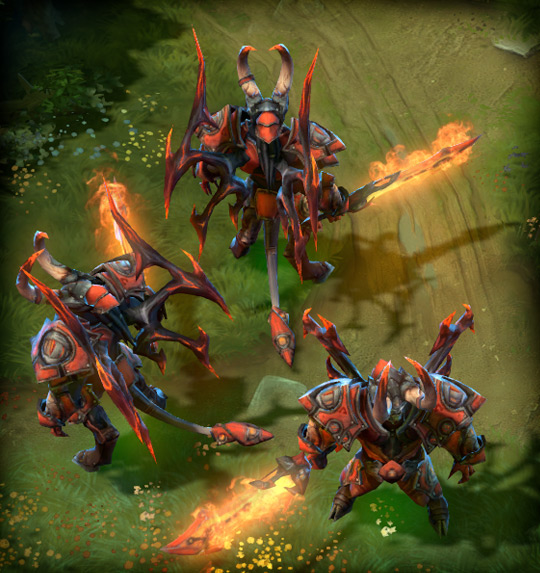 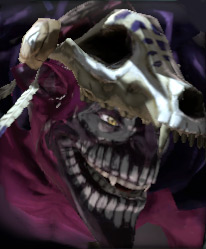 The early shadow priests of the Dezun Order were said to have woven their vestments in utter darkness, for only in the total absence of light could they properly channel the essence of the Nothl Realm into the fabrics. It was believed that once complete, the enchantment would grow stronger as the garment aged. The oldest regalia are therefore not only prized for their hallowed creators, but for the heightened Nothl power they bestow upon the wearer.

Willypup’s Ancestral Trappings for Dazzle is one of our favorite entries in the contest. Here is a set that pushes Dazzle in a direction that expands the hero’s story and maintains his readability at a glance. Contrast is used to great effect in the the bone-white skullcap, the white stripes in the feather cloak, and the bone dream catcher. What’s really impressive are the number of small details that pop at a distance. The feathers hanging from the headdress and delicate wiring of the dream catcher are two examples. Our only suggestion for this set would be to add a bit more of Dazzle’s pink flesh-tone to the right arm and maybe a touch of emissive glow to the business end of the staff. A fantastic entry we want to see the lanes right away. 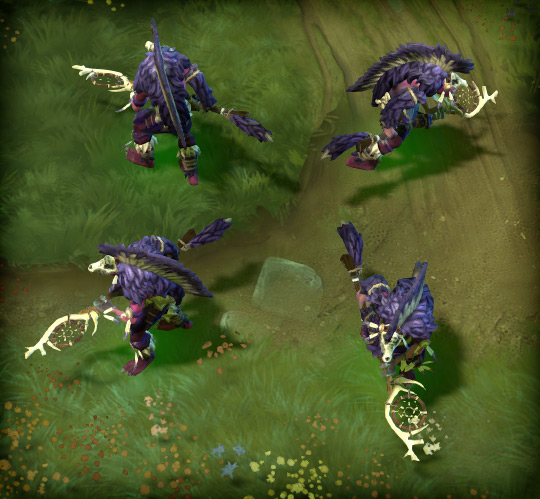 And the contest’s ninth winner… 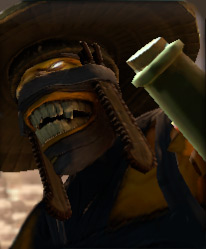 In the final years of the Sordid Era, after thirteen seasons of drought, shamanic ways fell into disrepute, with all itinerant mages blamed for failing crops and disease. In order to continue his travels, Rhasta was forced to adopt a new appearance. While still offering many of the same services, during the end of this Era he disclaimed all knowledge of shamanism and professed only the knowledge that any vagabond might acquire along the road, and practice (in a strictly nonprofessional sense) for a few coins. Thus he survived into the next era, when many another was separated from their hide and stretched out along the roads as a warning to the next shaman who might happen along.

Kremrhi’s Mysterious Vagabond was one of our top picks when considering which set could win the whole thing. This set exudes character and thoughtful design. The banner poles and back-scroll (perhaps advertising the vagrant’s services), the hat covered in script-blessings, the jug, the small hip fan…each detail is a piece of a puzzle telling a new Shadow Shaman story with exacting attention to detail. Kremrhi has even maintained the vertical framing of the Shadow Shaman’s face with functional leather slips to keep the hat in place. It goes without saying the set is well executed from a technical perspective. Our only suggestion would be to brighten ever slightly the parchment color on the scrolls and banners. 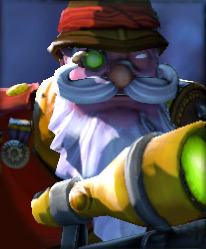 Long ago exiled from the valleys of Knollen, Sniper has travelled to many lands, fought in many battles, and learned much along the way. From these adventure, heâs garnered mementos of his travels, collecting armor and weapons as he strives to fulfill the prophecy of his youth, in the hope of one day rejoining the keen folk of his ancestral village.

Our tenth winner might be an unrecognized underdog. Honey Badger’s Gear of the Tally-Ho Hunter was submitted earlier in the contest and didn’t receive as much attention in community voting as a result. When we looked at this set in game it became clear that it looks as good or better than the default Sniper. The set engages on all dimensions without going over the top. The execution is top notch. Small details make the set from the medals and scope that enhance the portrait to the regal looking cape, distinguished mustache, and arm-strapped dagger. Sniper, in contrast to Naga, has taken to his exile with exuberance and a sense of adventure. This is a set we love more and more every time we see it in game. 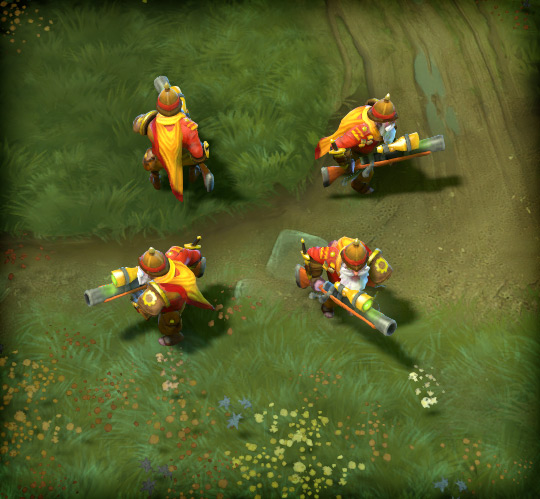 Remember to check back tomorrow for the Grand Winner!