A Champion has been Crowned 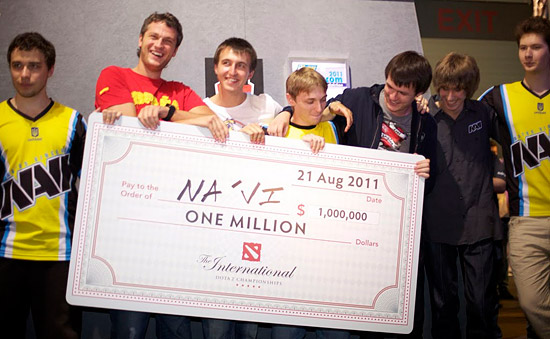 After five days of fierce competition team Na’Vi has won the million dollar grand prize, beating out EHOME in a best of five elimination series. Na’Vi started the final series out one game ahead due to its privileged position in the winner’s bracket, but EHOME quickly evened up the score by winning the first game. Na’Vi surged back to win the next two games in a row, securing their place in Dota 2 history and becoming the first Champions of the Dota 2 International Tournament. EHOME doesn’t leave empty handed though, they take home $250,000 for their second place finish.

In all, $1,600,000 in prize money was won by eight teams over five days. Congratulations to all the winners.

We’d like to thank XSplit, Limelite Networks, own3D.tv, and Level 3 Communications for their support during the tournament.