This week begins the Winter 2021 season of the Dota Pro Circuit and with it kicks off six straight weeks of daily pro Dota action; all day, every day.

In preparation for this season we’ve revamped the in-client watching experience and you’ll find a ton of new ways to watch and follow along with the scene. The “Watch” tab now has a comprehensive schedule and shows you the the current team standings. You’ll quickly get a snapshot of where things stand and what games are happening in the moment and where to watch. You’ll also be able to follow your favorite teams to make sure you never miss one of their matches. We’ve also updated the DPC app (iOS and Android) so you can follow along and track the new leagues and teams there as well.

If you’ve been following professional Dota for a while you’ll know we’ve explored a few ways for you to cheer on your favorite teams. In the coming weeks you’ll be able to back your favorites by purchasing content packages featuring in-game effects, sprays, emotes, loading screens and (of course) chat-wheel lines from your favorite teams. This content is coming straight from the teams themselves and they are submitting some great stuff for you to equip across your account.

We’re excited for the next two months of competitive Dota and we know you are too. The games are live and you can jump in and watch right now right here:

As we start a new year amidst positive news regarding the vaccine for COVID-19, we wanted to share with you our plans for the Dota Pro Circuit season 2021.

This year’s competition is slated to start on January 18th, and will consist of 2 seasons, leading up to The International 10. As previously announced, each season, will consist of a six week League portion leading up to a Major. After two seasons, there will be qualifiers for the remaining slots for The International 10 happening in Stockholm in August. The calendar for the two seasons is as follows:

Given that several teams experienced a lot of roster changes throughout the year and performance has varied among teams from the previous DPC season, we will not be using previous season’s DPC points as a way to seed teams into the leagues but rather selecting the top 4 teams in best form from each region to be directly qualified to the Upper division, while a series of qualifiers, closed and open, will determine the remaining 12 teams in both divisions.

At the end of the league, the top teams from each region’s upper division will qualify to the Major. For the first major, the distribution of the 18 slots will be as follows:

Due to feedback from fans and players, the schedule has been revisited to make sure all match times fit the regions play and watch times as best as possible. The new schedule is as follows (All times Pacific Time):

The six regional leagues will be operated by the following tournament organizers, who will in the following days share more information on qualifiers, broadcasting, show and talent information:

In an upcoming update, by the end of January, the DPC circuit will become integrated with the client, featuring Standings, Schedule and Tournament Information, as well as making it easy for people to follow their favorite teams and support them through purchasing seasonal Fan Support bundles. 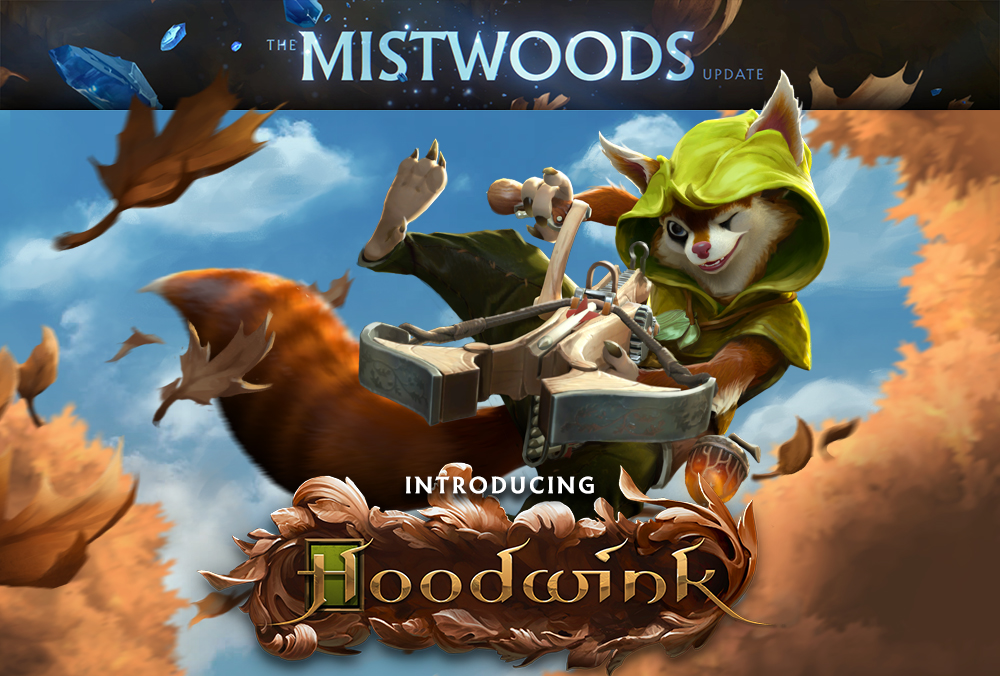 Deep in the outlands, beyond the deserts of Nanarak and north of the coal fires of Krimwohl, a treacherous expanse of woodland awaits — where a stash of precious Aghanim’s shards has been discovered and a cunning new hero runs wild.

Head over to The Mistwoods Update page to learn all about this new warrior in the battle for the Ancients and the trove of all-new powers that Aghanim’s magnanimity has bestowed upon us all. 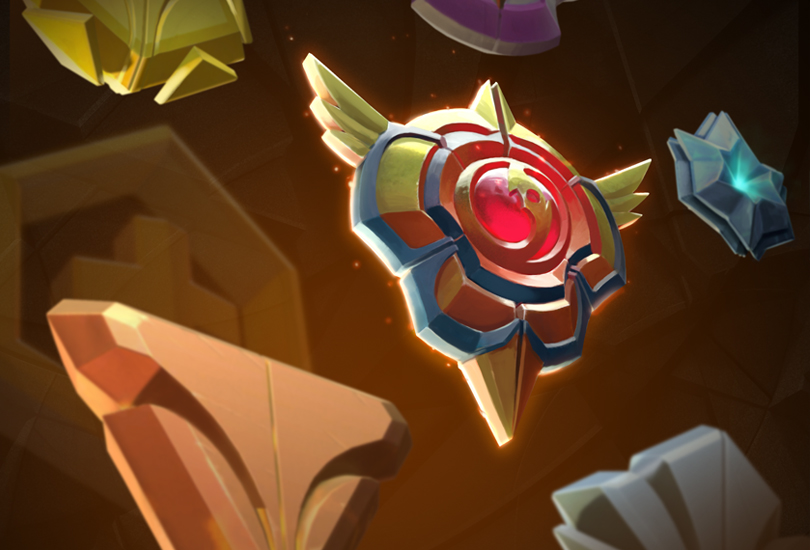 Winter gloom may shadow the lands, but for those battling over mastery of the lanes and destruction of an Ancient, nothing stops the action. And for the most dedicated, whose mastery is no longer in question, today’s update unveils a new level of greatness — Grandmaster — along with other seasonal updates for Dota Plus.

Dota Plus Grandmaster Tier
Dota Plus members can now level up heroes to a brand-new Grandmaster tier at level 30. In addition to the inherent intimidation factor, players who earn the title of Grandmaster have access to a new chat wheel voice line for that hero. Any hero challenges completed as a Grandmaster will also grant shards as a reward instead of hero XP.

Updated Seasonal Quests & Guild Rewards
Today’s update also comes with a new set of Dota Plus quests to haul in some extra shards for the Seasonal Treasure, helping you earn up to 115,200 shards over the course of the season.

Not to be left out, the guild rewards for silver, gold, and platinum tier guilds have been switched out for the season.

With Thanksgiving coming around the corner, we wanted to take the opportunity to thank you all for your continued support during the year and wish you stay safe and healthy during this time. Additionally, we wanted to give you another quick update about some of the upcoming things we’re working on.

As we mentioned in the previous Dota Plus update, the new season will be starting December 1st and it will feature a seasonal quest reset, a new seasonal treasure and more. We have also started rolling in backend changes to gather data for the upcoming Overwatch features. When fully implemented, this tool will allow users to review suspicious matches and help identify bad actors, in addition to our existing systems.

On the gameplay front, our original plan for the new hero was November 30th, however she needs a bit more time to cozy up for the winter. We will be releasing her, along with the 7.28 gameplay update, in mid December.

Finally we are excited to announce that the 2021 Dota Pro Circuit will start on January 18th. 16 teams within two divisions will compete in each of the six Regional Leagues. The best from each region will also qualify to the first Major of the season. More information on schedule and details will be available soon.

Slivers of the Mad Moon cast their waning light across the land. A dormant beast stirs in his cave, a powerful hunger overcoming the arcane tendrils that bind him in his hibernation. We once celebrated his taste for sweets and the blood spilled in his honor by both Radiant and Dire. But that was quite long ago. Yet he stirs. Could it be? Yes! Now comes the season of Roshan! And with him comes an all-new Halloween game mode, rewards upon rewards, gobs of candy to steal and a heaping new treasure for one and all. Lo, it’s Diretide.

Featuring a new version of the Diretide game mode, collect and steal candy from your enemies, while keeping Roshan at bay. The best-of-5 fast-paced brawl will be available for everyone to play until December 22nd. For the duration of the event, Diretide and Dota games you play will reward you with Diretide Points. Every 100 Diretide Points collected, you’ll receive one of over 75 unique rewards including exclusive sets, couriers, wards, a Chest of the Diretide, a Pumpkin Head equippable by any hero, ghostly costumes for your heroes and your courier, an alternate in-game art style global item, chat wheel lines, sprays, MMR Double down tokens and more!

Diretide is not the only thing that is back from the past this year: The Hallowed Chest of the Diretide, with more than 60 items among 5 tiers, including Immortals and Emblems, reintroduces the Chest and Key system. Similar to Dota chests from 2013 and CSGO, the Chest of the Diretide drops as a reward for playing and is opened with a key purchasable on the store. Both the Chest and its contents are immediately marketable and can be purchased and sold on the Marketplace directly from inside the client. Additionally, we are introducing a Trade Up system that allows you to turn 10 items of a tier into a random item of a tier higher. Don’t have 10 items of the same tier? We will help you automatically fill the empty slots with the cheapest items from the marketplace so you can find the best bargains and turn them into more valuable items. Like CSGO crates as well, the odds of tier 1 to tier 4 are 1:5 compared to the tier immediately below. The odds for the cosmically rare emblems are 1:100000, like previous emblems.